Smallville Wiki
Register
Don't have an account?
Sign In
Advertisement
in: Recurring characters, Season 9 characters, Characters in the comics,
and 8 more

"I work in the real world, a world that needs the rule of law. Anything outside the natural order is… unpredictable."
— Maxwell, Charade

Maxwell Lord is a wealthy tech entrepreneur and the Black King of Checkmate.

Later, the Red Queen forced him to work for her.

Lord is a middle-aged Caucasian man with black and gray hair. He wears suits whenever he goes out, except when he tortured Tess Mercer in her mind. In his "mind game", he wore something more similar to what he wears in the comics, which was black pants, a black t-shirt, a black combat vest, and he was wielding a gun.

Lord is a very ruthless man. He doesn't like to fail. When he is using his telepathy on someone, he likes to torture them in their own minds. He is very direct and doesn't give into blackmail easily. One exception to this would be when the Red Queen made him work for her.

He is very solemn and relentless.

Lord is a metahuman with the ability to tamper with and read the thoughts and memories of others.

Nothing is known about Lord's early life, except at some point his powers manifested themselves. He later came to work for the organization Checkmate under the code name of "Black King".

Maxwell Lord was one of the people responsible for having Ray Sacks released from prison. He was revealed to have an ulterior motive to this. Once Ray found people who had seen the Blur or had taken a picture of him, he took them to Max who hooked them up to a machine that put together pieces of the Blur's body. The reason for this was so Checkmate could find out the Blur's identity.

Once Ray found Lois, he kidnapped her and immediately took her to Maxwell, who used his telepathy to look into Lois' memories of the Blur. When Clark arrived (as the Blur), Max told him that if he took another step that he would kill Lois. He also revealed that Lois was subconsciously fighting Max's telepathy. Clark, realizing that it was killing Lois, super sped through Max's machine. Later, Max was held at gunpoint and forced into a limo and finally met the Red Queen.

Some time after his encounter with the Red Queen, Maxwell kidnapped Tess Mercer and tormented her with visions. He kept torturing her until he found the information the Red Queen was after: the Book of Rao. When Tess woke up, she used her Checkmate moves on him. She escaped, but little did she know he already had the information for the Red Queen, and he gave it to her. Maxwell made a call to the Red Queen, informing her of Tess's escape. She sent some sort of frequency through the phone, bringing Maxwell to the ground, writhing in pain.

Maxwell Lord is a shrewd and powerful businessman who was very influential in the formation of the Justice League International.

Initially, Lord worked behind the scenes to establish the League, while under the control of a villainous computer created by Metron. The computer wanted Max to set up a worldwide peacekeeping organization, as part of its plan to dominate the world. Once free of the computer's influence, Lord was portrayed as an amoral businessman, but not a real villain. During the time that Giffen and DeMatteis were writing the Justice League the character was shown struggling with his conscience and developing heroic qualities, though he would remain a con-artist; however, more recent changes to his character by different writers seem to contradict these previous characterizations.

Originally a normal human, Lord was one of many on Earth gifted with super-powers during the Invasion crossover, when a Gene Bomb was exploded by alien invaders. This bomb activated the latent meta-gene present in a small percentage of Earthlings. Lord gained the ability to control the minds of others, albeit at great difficulty.

He used his powers to influence Superman's mind, causing him to brutally beat Batman. After, Superman attacked Wonder Woman. Superman was under the belief that Wonder Woman was his old enemy Doomsday trying to find Lois Lane to kill her. In the midst of her battle with Superman, Diana realized that even if she defeated him, he would still remain under Max Lord's absolute mental control. She created a diversion lasting long enough for her to race back to Max Lord's location and demand that he tell her how to free Superman from his control. Bound by her lasso of truth, Max replies: "Kill me." Wonder Woman then snapped his neck. In response, Brother Eye broadcast the footage of Wonder Woman killing Lord all over the world, damaging her reputation and her friendship with Batman and Superman that took two years to repair.

Lord's corpse was later revived as a Black Lantern in the events of Blackest Night, and eventually restored to life by the White Lanterns. Guy Gardner attempted to restrain him, but let him go after Max used his mind control, and he escaped quietly during the confusion. Sneaking away to the old JLI base, Lord connected himself up to a blood-replenishing device, and proceeded to use his mental powers to their fullest extent possible. The results were a complete mind-wipe of his identity from minds of everyone in the world, with the only exceptions being Booster Gold, Fire, Ice and Captain Atom.

Lord also takes on Power Girl, causing financial problems, for Karen Starr's corporation. He murders her employee, Donna Anderson. He even created a Power Girl clone, to fight and replace her. Ironically, all of this prompted Power Girl, to remember all about Maxwell Lord.

Other faces of Maxwell Lord 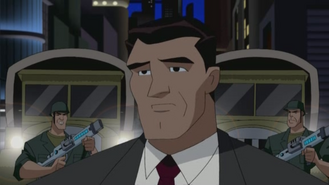 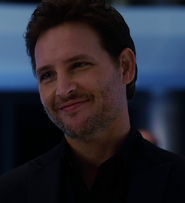 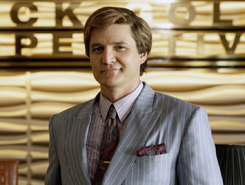 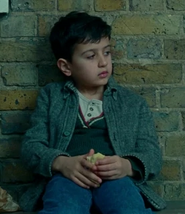 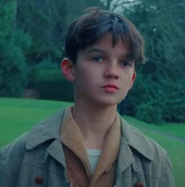