Kristin Laura Kreuk (born December 30, 1982) is a Canadian actress. She is best known for her leading role on the American television series Smallville as Lana Lang, which she carried out for eight years.

Kreuk was born in Vancouver, British Columbia. Her father, Peter Kreuk, is of Dutch descent; her mother, Deanna Che, is of Chinese descent, but was born in Indonesia. Both parents are landscape architects. She has a sister named Justine, who is about five years younger.

Along with Tom Welling and Allison Mack, she is the only original cast member who appeared in the first eight seasons of Smallville.

She and co-star Allison Mack were close friends prior to the exposure of Mack's criminal involvement with NXIVM. [citation needed]

She had plans to study psychology, environmental science, or forensic science at Simon Fraser University when a casting director for the CBC TV series Edgemont contacted her secondary school, looking for an exotic-looking girl to play the part of a Chinese Canadian, Laurel Yeung on the Vancouver-shot show. Kreuk's drama teacher convinced Kreuk, who had no previous acting experience other than in musicals at her high school, to audition for the role. To her surprise, she won the part.

getting herself an agent, Kreuk landed the lead role of Snow White in a TV movie titled Snow White: The Fairest of Them All. The film, shot in Vancouver, also starred Miranda Richardson and was directed by Caroline Thompson. It aired on ABC on March 17, 2002. In 2003, Kreuk wrapped up her role on Edgemont. In the summer of 2004, Kreuk took the role of Tenar for the Sci Fi Channel two-part miniseries Legend of Earthsea. The miniseries was filmed in Vancouver, directed by Rob Lieberman and broadcast on December 13, 2004.

After Snow White, Kreuk's agent sent an audition tape to screenwriters Alfred Gough and Miles Millar, who at the time were putting together the cast of a show they had created for the WB Network titled Smallville. The series (which was slated to be shot in Vancouver) revolves around the life of teenager Clark Kent before he becomes Superman. Gough and Millar called Kreuk to WB's studios in Burbank, California to audition for the role of Clark Kent's first love, Lana Lang. Originally, Kreuk was unsure about auditioning for Lana's role, as the character was to be a popular, gorgeous cheerleader, so she assumed that the part would be that of a shallow idiot. However, upon reading the graveyard scene from the pilot, she was so impressed that when she was offered the role, she immediately accepted. She left Smallville in the beginning of 2008, when her character leaves town. She returned as a guest star in the show'seighth season for five episodes to wrap up her storyline.

Kristin Kreuk has signed on for several episodes of Chuck, according to EW. She will play Hannah, a computer troubleshooter who after being laid off joins the Buy More.

In 2010, she portrayed Ben Hur's sister Tizrah in the TV movie Ben Hur, which aired in Canada.

Neutrogena made her the spokesmodel for their new worldwide advertising campaign; in this role Kreuk followed in the footsteps of fellow teen stars such as Jennifer Love Hewitt and Mandy Moore. In 2005, she renewed her contract with Neutrogena for another two years, making her the company's longest-serving model spokesperson.

In 2003, she appeared in her first feature film, with a minor role in Eurotrip, starring Scott Mechlowicz and Michelle Trachtenberg. The film, shot in Prague, Czech Republic, also featured cameos by Matt Damon and Lucy Lawless. It debuted in theatres on February 20, 2004.

In early 2005, Kreuk signed on to the independent feature film Partition. She plays Naseem, a vulnerable seventeen-year-old whose world is shattered by the trauma of the Partition of India in 1947; she falls in love with ex-British Indian Army officer Gian Singh (played by Jimi Mistry). Neve Campbell also stars. The film is directed by Vic Sarin and is a co-production between Canada, South Africa and the United Kingdom. The film was released to Canadian theaters on February 2, 2007, with a subsequent Region 1 (US and Canada) DVD release on June 26, 2007.

In the summer of 2006, a short film called the Dream Princess by comic book writer and artist Kaare Andrews was made, where Kreuk plays The Princess. The film is a modern sci-punk retelling of the tale of Sleeping Beauty, with a twist. It is due to be released in 2007 in Canada.

Kreuk starred in the 2009 film Street Fighter: The Legend of Chun-Li, in which she played the title character, Chun Li. Two films awaiting release in 2011, one was shown at Sundance in January 2011.

Along with her friend Kendra Voth, Kreuk established "Girls By Design," a project to "bring teens together and aid them in building a strong sense of self, and an ability to empathize with those around them." 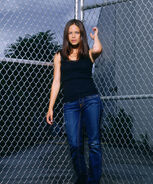 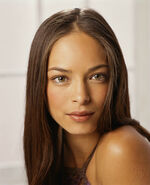 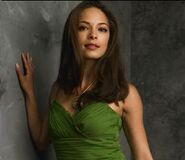 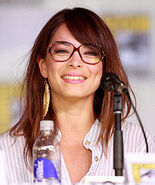