Justin Hartley was born in 29 January 1977 in Knoxville, Illinois. He is the second of four children. An older brother, Nathan, and two younger sisters, Megan and Gabriella. He grew up in Orland Park, Illinois. Justin met his wife, Lindsay, while working on Passions. Hartley married Lindsay Korman (later Lindsay Hartley) in May 2004. Justin and Lindsay have a daughter, Isabella Justice Hartley (born 3 July 2004). The two have since officially divorced.

He attended Carl Sandburg High School. After that, he went to the University of Illinois at Chicago where he majored in theater and history. He then became known to TV audiences for his role as Nicholas Foxworth Crane on the NBC serial Passions. Justin was nominated for the Soap Opera Digest Award. Following his departure from Passions Justin was signed to star in a TV series based on the DC Comics character Aquaman. Justin portrayed the main character Arthur Curry. The pilot was produced and created by Smallville creators Alfred Gough and Miles Millar, but sadly did not get a place on the CW's schedule. The pilot did make its way to iTunes where it did very, very well. Even though Aquaman didn't swim, the producers were impressed enough with Hartley that they cast him for a multi-episode role in Smallville's Season Six as Oliver Queen (Green Arrow).

Justin says his favorite experience on Smallville was getting to know the cast, and getting into the characters they play. He really enjoys working with Tom Welling, Erica Durance, and Michael Rosenbaum. He even brought Lindsay on the show one time. 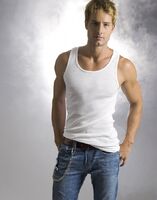 as Oliver Queen in Smallville 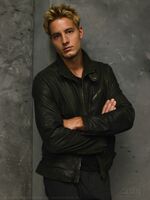 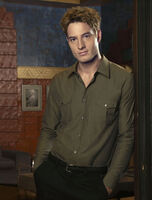 as Green Arrow in Smallville 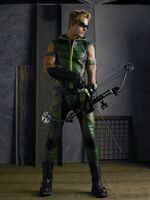 as Arthur Curry in Aquaman 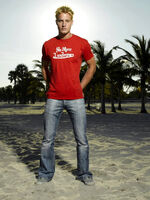 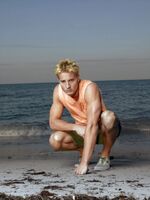 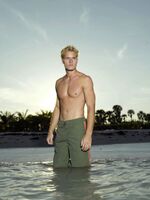 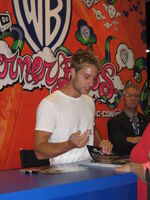 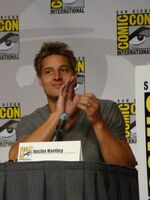 Retrieved from "https://smallville.fandom.com/wiki/Justin_Hartley?oldid=322754"
Community content is available under CC-BY-SA unless otherwise noted.