James Bartholomew "Jimmy" Olsen is the younger brother of Henry James “Jimmy” Olsen. In the future, he becomes a photographer at the Daily Planet and works alongside Clark Kent and Lois Lane, filling in his late brother's place.

An underage James was seen crying at his older brother’s funeral attended with his grieving family, along with Chloe Sullivan, Oliver Queen, Bart Allen, Dinah Lance and a distantly watching Clark Kent. At the end of the funeral, Chloe walked up to console him and entrusted him Henry's camera. She tells that he may walk in his brother's footsteps someday, for which he thanked her. He then left with his father.

During Clark's dream of the year 2013, Lois Lane yelled at an "Olsen" (who was not seen or heard) to have his camera ready for a plane crash, telling him that he'd better be getting every pixel of the event.

In the year 2018, Jimmy abruptly stopped Lois when she was about to enter Perry White's office and warned her about it not being a good idea to speak to their editor, who was in the middle of a heated phone tirade about Lex Luthor. He then asked for Lois' opinion regarding photos that he took of Superman, to which Lois stated that while the color and lighting were fine, and that it was lacking the drama and awe worthy of Superman. She then reminded Jimmy that he had some big shoes to fill left by his brother, but that she was certain he can do it, leaving Jimmy to proudly smile back at her.

Jimmy Olsen is traditionally depicted as a bow tie-wearing, red-haired young man who works as a cub reporter and photographer for the Daily Planet, alongside Lois Lane and Clark Kent, whom he idolizes as career role models. In most depictions of the character, he also has a strong friendship with Superman. As Superman's friend, Jimmy has special access to the Man of Steel, thanks to Superman's gift to Jimmy of a wristwatch which or a "signal watch" with the press of a button, emits a special ultrasonic frequency signal that Superman can hear anywhere on Earth. Jimmy invented the watch himself in the Post-Crisis continuity and Superman briefly considered confiscating it while the watch was designed by Superman based on a larger signaling device Jimmy created in the New Earth continuity.

In many Silver Age comic books, Jimmy was often seen sharing adventures with Superman, who saved him from various predicaments ranging from dangerous to merely embarrassing. This was particularly pronounced in the series Superman's Pal Jimmy Olsen (published from 1954 to 1974), which saw Olsen in a variety of slapstick adventures and strange transformations. Like most DC characters, modern portrayals of Olsen have been more serious in tone. After the Flashpoint event, the DC Universe was drastically changed. Jimmy Olsen is still a photographer for the Daily Planet and calls Clark Kent his best friend (for six months) although Clark was working for another newspaper,The Daily Star. Jimmy instead works together with Lois Lane and Miko on a majority of stories.5 years after Superman and the Justice League's debut, Jimmy was also present at the demolition of the old Daily Planet building, over which he has expressed disappointment.

In the New 52, Jimmy still works as a photographer for the Daily Planet, even though his personality seems to have changed being more of independent-minded person. He calls Clark Kent his best friend but only for the past six months, although Clark was working for another newspaper. Clark also used to live on Jimmy's apartment. Jimmy instead works together with Lois Lane and Miko, his news partner a techie, on a majority of stories. Jimmy was also present at the demolition of the old Daily Planet building, over which he has expressed disappointment. He revealed that his mother used to be a model and a drug addict and she left his dad for a musician but at some point his rich father came back to their lives out of guilt when Jimmy was seventeen and thanks to him he has lots of money, which he doesn't really seem to want, preferring to be taken seriously and do "real news". When he doesn't have a place to stay he asks Clark if he could crash at his place. At some point, Jimmy says to Clark that his famous parents died or gone missing and he inherited the vast Olsen fortune until they come back. Jimmy also helps Lois investigate a story about a drug that transforms people into monsters. Jimmy then advises Clark and Cat Grant that if Morgan Edge is offering them so much money for the blog is because he wants to shut them down.

Jimmy also supported Clark when he quit from the Daily Planet. Later, Perry White talks to Jimmy about some old binoculars his great-uncle gave him, which are from ground zero at Nagasaki where his uncle was stationed. When Lex Luthor breaks out of prison he kidnaps Jimmy for his evil plot. Lex seems to be using some large device to alter Jimmy's left hand in some way. Lex talks of how he knows just how Superman will be killed. As Lex's device slowly descends on Jimmy's left hand, Lex reveals that Jimmy will be his instrument of death.

During Forever Evil, when Ultraman arrives at the Daily Planet he questions Jimmy of his occupation there. Jimmy tells him he's a photographer and takes a picture of him, Ultraman then proceeds to crush his camera and break his hand. Ultraman states that on his Earth the alternate version of Olsen used to take pictures of Lois Lane/Superwoman for "favors". Jimmy desperately activates his Signal Watch calling for Superman, but it instead gets the attention of Black Adam.

Other faces of Jimmy Olsen

Jack Mercer as the voice of Jimmy Olsen in Fleischer Superman episode "1942". 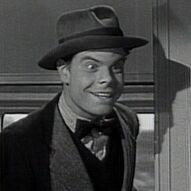 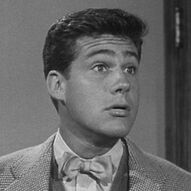 Jack Larson as Jimmy Olsen in Adventures of Superman. 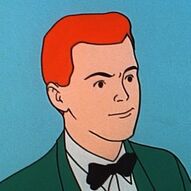 Jack Grimes as the voice of Jimmy Olsen in The New Adventures of Superman. 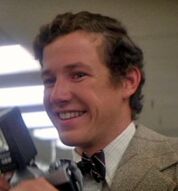 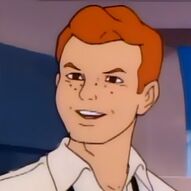 Mark Taylor as the voice of Jimmy Olsen in Superman (Ruby-Spears). 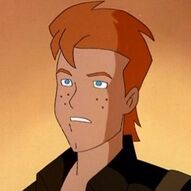 David Kaufman as the voice of Jimmy Olsen in Superman: The Animated Series. 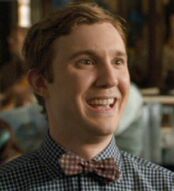 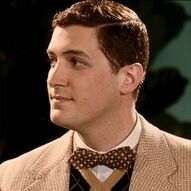 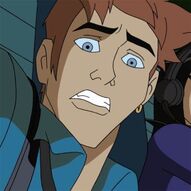 Adam Wylie as the voice of Jimmy Olsen in Superman: Doomsday. 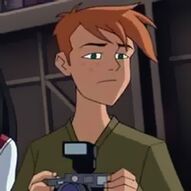 Jack De Sena as the voice of Jimmy Olsen in The Batman. 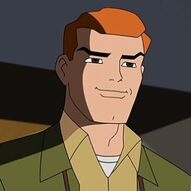 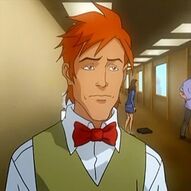 Matthew Gray Gubler as the voice of Jimmy Olsen in All-Star Superman. 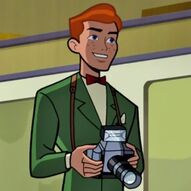 Alexander Polinsky as the voice of Jimmy Olsen in Batman: The Brave and the Bold. 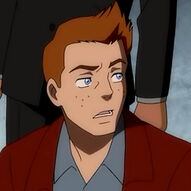 David Kaufman as the voice of Jimmy Olsen in Justice League: Doom. 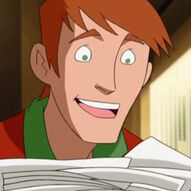 David Kaufman as the voice of Jimmy Olsen in Superman vs. The Elite. 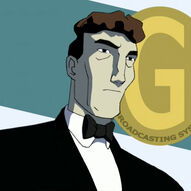 Alexander Gould as the voice of Jimmy Olsen in Superman: Unbound. 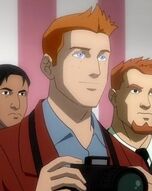 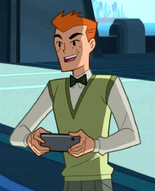 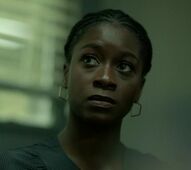 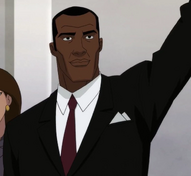 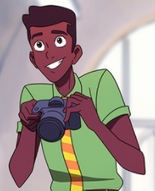 Jimmy Olsen in the upcoming My Adventures with Superman (2023)

Chloe: Hi, you must be Jimmy's younger brother. Well I think that this belongs to you. He would've wanted you to have it.
James: Thanks.
Chloe: Who knows, maybe someday you'll follow in his footsteps.
Season Eight, Doomsday

Lois: How many "Great Caesar's Ghosts"?
Jimmy: Four, before his coffee. But... did you get my shots?
Lois: Love the framing, love the colors. Where's the drama?
Jimmy: Um...Um, did you see the one with the elephant?
Lois: The Man of Steel deserves something better than a circus incident and a fender-bender. I want pecs, I want capes, I want pearly whites.
Jimmy: Yes, Miss Lane.
Lois: Great. Your brother left big shoes to fill, Olsen. I know you're up to the task.
Season Ten, Finale, Part 2