The House of Zod was a significant family on the planet Krypton before its destruction. Known members were General Zod (and his clone), Faora (and her clone), and Doomsday.

The House of Zod originally took as its symbol the Kryptonian letter for "Z". Later it evolved into two Kryptonian Z's rotated 90 degrees and a Kryptonian symbol between both that presents itself looking like the Earth symbol for Z.

The House of Zod often opposes a fellow Kryptonian family, the House of El.

For the emblem of the House of Zod, see Mark of Zod

The Mark of Zod is the Kryptonian crest for the House of Zod. It features the symbol (or partial symbol) of Doom, buoyed on either side by the Kryptonian glyph for "Z". It is reminiscent of the Latin letter "Z" in its shape.

General Zod was the leader of all military on Krypton, and it was this power that led him to round up numerous disciples and start a war with the Science Council with the goal of taking over the planet and reshaping it in his image.

Some known members of the House of Zod were able to survive Krypton's destruction by either being in the Phantom Zone or by spaceship. However, prior twenty years before the planet's destruction, Zod's beloved first wife and son were killed during a war in Kandor and remains to be the only known family members of Zod that didn't survive long enough years later to survive the planet's imminent destruction.

Zod and his wife, Faora, were unable to have children due to infertility on Faora's part, and so they began collecting the DNA of the most violent alien species on Krypton and fused them together with their own DNA to create their own perfect son. They sent him to Earth attached to Kal-El's ship.

Dax-Ur originally created the Brain InterActive Construct with help from Jor-El. Soon after Jor-El had created the Brain InterActive Construct, Zod corrupted the core programming and was therefore able to use Brainiac to his advantage, getting an upper hand in the war. Zod was also able to corrupt Zor-El, Jor-El's brother, to help him with his conquest. Feeling guilty, Dax-Ur fled Krypton (how long he has been on earth is unknown) and started a new life on Earth.

Zod and Faora were eventually captured by Jor-El and the Science Council, and their bodies were destroyed while their essences were placed in the Phantom Zone, with their only escape made possible by inhabiting a Kryptonian vessel.

General Zod was able to survive the planet's destruction by being stripped of his body and sent to the Phantom Zone. In spring 2006, he possessed the body of Lex Luthor and planned to take over Earth before being thwarted by Clark Kent using the Crystal of El.

Zod's second wife Faora was able to survive by also being placed in the Phantom Zone along with her husband, and also escaped by possessing a human, Lois Lane. She was thwarted by Kara Kent using the Martian crystal. Doomsday was able to survive by being sent to Earth as a genetic matter and growing up in Earth's foster care system before Faora, possessing Lois, revealed his true origins to him and told him he was destined to destroy Earth. 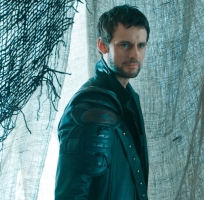 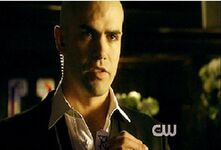