Smallville Wiki
Register
Don't have an account?
Sign In
Advertisement
in: Season 9 characters, Characters in the comics, Daily Planet journalists,
and 4 more

Alive
Franklin Stern was Lois Lane and Clark Kent's editor at the Daily Planet beginning in 2010. Stern remained an editor through at least 2012.

Franklin Stern became Lois Lane and Clark Kent's new editor in 2010. He expressed an interest in lobbying for the Editor-in-Chief position, as the Planet board had launched a global search for a new one.

He pitted Lois and Clark against each other, stating that whoever of them could get the story on Ray Sacks' release from prison would keep their job. After the Inquisitor reported on an incident resulting from Lois and Clark’s pursuit of the story, Stern fired both of them for having become the story.

However, Perry White later convinced Stern to rehire both Lois and Clark.

Lois notes that Franklin Stern did not run her story about the murdered man in Gotham City.

Franklin Stern is the owner and publisher of the Daily Planet newspaper, taking over from the TransNational Enterprises consortium which itself succeeded the villainous Lex Luthor.

Stern is a long-time friend of the editor, Perry White, although they often disagree about politics. When falling profits force him to sell the newspaper, this allows Luthor to purchase it again, with dire consequences for the Planet and its staff.

Shortly thereafter, the Planet is purchased by billionaire Bruce Wayne.

At one point Stern dated the sister of Daily Planet reporter Ron Troupe, however the outcome of this relationship is not known.

Other faces of Franklin Stern 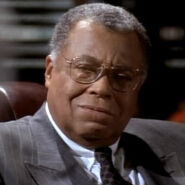