Smallville Wiki
Register
Don't have an account?
Sign In
Advertisement
in: Wikilink templates, Season 10 characters, Characters in the comics,
and 6 more
English

"I will always be your mother Lois, and I'll always love you." - Ella to Lois, Abandoned

Ella Lane was the wife of General Sam Lane and the mother of Lois Lane and Lucy Lane. She died in 1996.

When Lois was searching in her father's office in an army base, she told Clark that Ella had died when she was young (age 6) and Clark sympathized with her.

Before Sam Lane left the Kent farm, he brought a box filled with memorabilia that Ella had specifically prepared for Lois to find when she was ready to open it. Inside, Lois found a blue crystallized bird named "Old Blue" that belonged to her mother, as well as a series of video tapes that Ella had made before she died.

In the first tape, Lois learned that her mother had requested that she and Lucy not be brought to see her in the hospital because she wanted Lois to have happy memories of her. Ella admitted her regret in not being able to be a part of Lois's life but was sure that Lois would become a great woman under the upbringing of the General and that she would one day find someone very special to share her life with. Ella tells Lois in the tape that she didn't want Lois to feel that her absence from her life would prevent her from sharing her love wholeheartedly with the man she was meant to be with. Ella reassured her daughter that, no matter what, she would always be her mother and she deeply loved her. Lois later found a card in the box that Ella had made specifically for her wedding day.

Elinore "Ella" is the mother of Lois and Lucy Lane, wife to General Sam Lane and the mother in law to both Clark Kent and at one point, Ron Troupe. Unlike in the Smallville multiverse, Ella has been a constant factor in Lois and Lucy's life and has always done her best to be a supportive mother to her children. While she was deeply in love with her husband Sam, they varied greatly in personal opinions, primarily in regards to Lois' choice of boyfriend and later husband, Clark. Ella also seemed to appreciate the existence of Superman, while Sam thought the Alien to be a constant danger to humanity.

During an intergalactic space war with Apokolips and another alien species, Sam was apparently killed saving the Earth. Lois, Lucy, Ron, Clark and then-President Lex Luthor all attended his funeral with Ella, as well as Clark even made an appearance as Superman, saluting the fallen soldier.

During the Planet Krypton storyline, it was revealed that Sam Lane was still alive and had manipulated his daughter Lucy into joining the military and becoming the mysterious Superwoman. How Ella felt about her husband's resurrection was never shown, nor was her reaction to Sam killing himself at the end of the Kryptonian-Earth War.

In Superman Secret Origin #5, it is revealed that Ella Lane died a long time ago and even though Lois had pictures of them together she is basically a stranger to her.

In the New 52, Ella appears in a flashback, talking to her daughters about life. She is presented as a supportive mother trying to keep this family together and happy despite their many travels. Ella fights with cancer and eventually succumbs. As a result, Lois feels obliged to try and be Lucy's mother and sister, feeling inadequate.

Other faces of Ella Lane 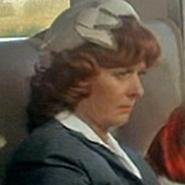 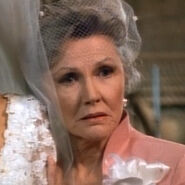 Phyllis Coates as "Ellen" Lane in Lois & Clark: The New Adventures of Superman (ep. The House of Luthor).

Beverly Garland as "Ellen" Lane in Lois & Clark: The New Adventures of Superman.