"Straight from the Source"

The Daily Planet is one of Metropolis's oldest and most respected newspapers.[1] As of 2005, Pauline Kahn was the Editor-in-Chief. By 2010, the Daily Planet was conducting a global search for a new Editor-In-Chief. Franklin Stern was Lois and Clark’s managing editor, during which time he briefly assumed Tess Mercer’s role as publisher.[2] The paper's slogan is "Straight from the Source." [3]

In 2007, Lex Luthor revealed that he had purchased the Daily Planet.[4] He quickly started to exert editorial control over the paper. He hand-picked Lois Lane to write a flattering exposé about him, but when she instead threatened to detail his numerous crimes, he killed the story.[5] He monitored email and data communication of his employees.[6] He also fired several staff members, including Chloe Sullivan after she lied to him about a key that Lionel had left for her.[7]

Since the disappearance of Lex, Tess Mercer has taken over ownership of the Planet. Tess then asked Oliver if he wanted to invest his own money into LuthorCorp in a merger deal with his own company, Queen Industries. He agreed and they announced the deal at a LuthorCorp board meeting to the dismay of Lex who used Winslow Schott to plant a bomb to kill Oliver and Tess. Tess wasn't present but Oliver suffered some minor injuries before getting revenge by killing Lex with a bomb built by Toyman. Through this deal, Oliver became a substantial shareholder at the paper.

Franklin Stern was an editor who apparently took over publishing duties for a brief period while Tess went into hiding from the covert government agency known as Checkmate.

Lex later resurfaced and killed Tess, thus reclaiming everything that he had previously owned including the Daily Planet. However sometime later Lex sold the company because he felt that the newspaper has become more tabloid than news source.[8]

The Daily Planet building's most distinguishing and famous feature is the enormous globe that sits on top of the building. The Planet accepts four high school students as summer interns from the state.[9]

The Daily Planet is based in a tall skyscraper building, located at address 355, 1000 Broadway in Metropolis, Kansas,[10] next door to LuthorCorp Plaza [11] and across the street from the Ace of Clubs.[12]

The Daily Planet rooftop overlooks the entire city of Metropolis.

Junior reporters and photographers at the Planet work in exposed desks in a basement bullpen. For several years, Lois and Clark worked in the open plan "basement" at the Daily Planet (Chloe used to work here as well, before she was fired.)

There are several other indoor spaces at the Planet: 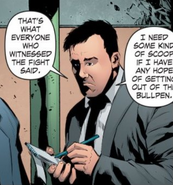 In the comics, the Daily Planet will be the place of business for:

The Planet's history stretches back for generations. According to Post-Crisis continuity, the first issue of the Daily Planet was an American Revolution-era news gazette, and the first issue featured an interview with George Washington.

In the late 1990s, Lex Luthor bought the Planet and threatened to shut it down. Lois convinced Lex to sell it back to Perry. It came at a price; although Lex sold it back to Perry for only $1, he stipulated to Lois that at some point in the future he would demand that she kill a story of his choosing. Years later when Lois attempted to publish proof of President Luthor's wrongdoings during the Imperiex War, he cashed in this favor to kill the story. However, Clark managed to ensure the story went public anyway, and with the help of Batman fought a battlesuit-clad Lex in the streets of Metropolis. The events of this arc led to Lex's impeachment and removal from the White House.

It also dealt with many tribulations of ownership, and passes through the hands of Franklin Stern, Perry White, Lex Luthor (as in Season Seven of Smallville), and in current comic continuity to Bruce Wayne who is the owner of the Daily Planet.

In the New 52, Daily Planet has being bought by Morgan Edge and merged with the Galaxy Broadcasting System. It is revealed that Clark Kent begins his journalism career in Metropolis roughly six years before Galaxy Broadcasting merges with the Daily Planet. Along with being a writer for The Daily Star, partly because editor George Taylor was a friend of his adopted parents, Clark is an active blogger who speaks against political corruption and reports on the troubles of every day citizens who are not often the focus of news media. While working at the Star, Clark meets Planet photographer Jimmy Olsen and the two become friends despite working at rival publications. Clark is also a great fan of Lois Lane's work at the Daily Planet, eventually meeting her through Jimmy. Months after Superman makes his public debut, Clark leaves The Daily Star on good terms and accepts a position at The Daily Planet.

After the merger with Galaxy Broadcasting, Lois was promoted to run the TV division, with Clark acting as an on-the-scene reporter for the TV division. Clark is later assigned the "Superman beat." But after rising tension between himself and Lois, as well as with Galaxy Broadcasting head Morgan Edge, Clark concludes that the Daily Planet is now more concerned with ratings and internet page views than actual journalism. He quits and goes off to begin an independent, internet news site with fellow journalist Cat Grant. Though Lois and Jimmy consider this to be a bad and risky decision, they continue to act as Clark's friends and confidants, offering aid when they can.

Since then, Perry White has asked Clark to return back to the Daily Planet but Clark hasn't accepted his offer yet.

Currently, besides Kent and Grant, who have their own blog and do not work at the Planet anymore, the rest of the staff from the Pre-Flashpoint timeline including White, Lane, Olsen, Lombard and Troupe all still work there. Moreover a new addition to the staff is Jackee Winters, a political correspondent.

Other Versions of Daily Planet 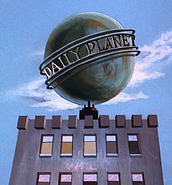 The New Adventures of Superman 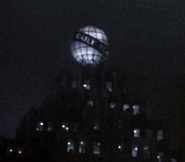 Lois and Clark: The New Adventures of Superman 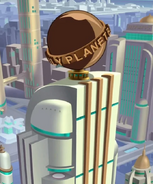 Batman: Brave and The Bold 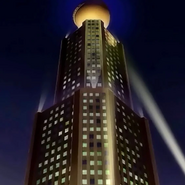 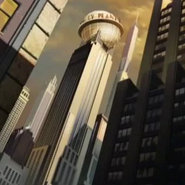 Superman vs The Elite 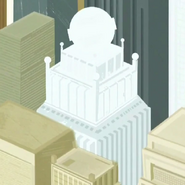 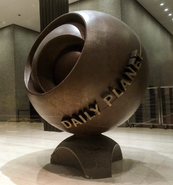 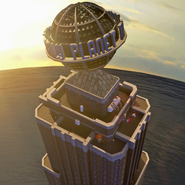 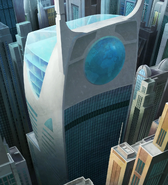 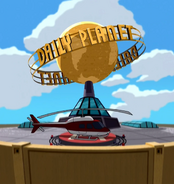 Lex: You're no longer writing my exposé.
Lois: Nuh-uh. You'll have to take that up with my boss.
Lex: I am your boss. Merry Christmas, Lois. I just bought the Daily Planet.