[picture needed] Batarangs are one of Batman's many weapons that he uses when he fights crime. They are shapped like the Bat-symbol and can be used like boomarangs and knock out criminals. There are also variants of the batarang which can be remote controllered, have mini-bombs attached to them and with sense-dulling drugs.

Batarangs in Other Media 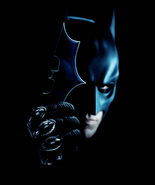 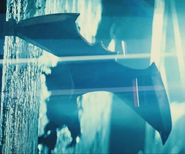 Batarang used by Batwomen in Batwoman and other Arrowverse shows (2018-)

Batarang used by Batman in Batwoman (2019)

Batarang used by Batwing in Batwoman (2021-)